Head of the Criminal and Criminal Procedure Law  Department at the our faculty, Asst. Prof. Derya Tekin presented her paper titled 'Feminist Criminology' in the 'Women's Day Conference' series organized online in coordination of different student clubs, including the Aydın Civilizations Academy, one of our student clubs, on March 6, 2021.

Asst. Prof. Tekin began by stating that feminism is an ideology that seeks to create a socially just society. She stated that the main point emphasized by feminist writers in ensuring justice in the criminal justice system is the need to consider race and class, as well as gender, because feminist criminology's main purpose is to criticize one-sided views on female criminality that constitute gender discrimination in violation of the principle of equality. She emphasized that women are ignored in mainstream criminal theories, and that in the few theories that specifically examine female criminals, the explanations for women's position in the criminal justice system are very limited. On the other hand, she explained that the common point of feminist theories is that they consider gender as an important variable in understanding crime.

At the end of her speech, Asst. Prof. Tekin emphasized the necessity of making legal reforms for the purposes of protecting women's rights, ending gender-based violence, strengthening the fight against gender inequality, and improving women's roles in the public sphere, and suggested that the criminal justice system be reviewed in this direction. 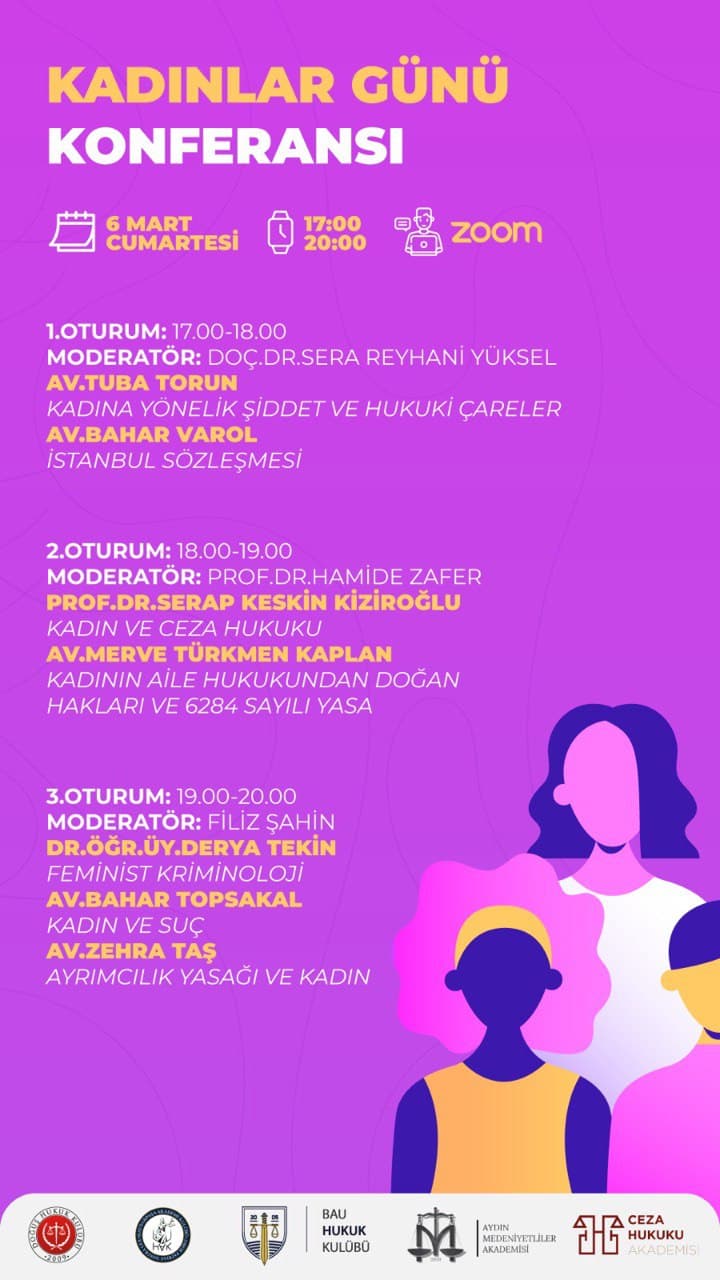