Human Rights in a Changing World Conference Was Held

As part of the 10 December World Human Rights Day, Law Workshop Student Club organised a conference titled “Unchanging Human Rights in a Changing World”. The program was held on December 9, 2021 at 10.30 in the Cevizli campus conference hall.

In the program consisting of two sessions, the head of the Department of General Public Law at Istanbul University Faculty of Law, Assoc. Prof. Sabahattin Nal discussed the historical development of human rights. Stating that human rights have developed within different institutions in different geographies, Assoc. Prof. Nal emphasized that cultural differences also play an important role. He mentioned that the adoption of common human rights texts in the world today and their transformation into customary rules are important in terms of conducing the world states to a consensus on human rights. On the other hand, he criticized the ineffectiveness of this consensus, pointing out that in many geographies today there are people who do not have access to fundamental rights and freedoms and who are persecuted.

Speaking in the second session, Istanbul University Women's Rights Application and Research Center Deputy Director Assoc. Prof. Nil Karabağ Bulut, on the other hand, discussed the place and importance of women's rights in the historical development of human rights. She stated that women activists have fought for women's rights in a patriarchal order and this struggle still continues today. Assoc. Prof. Karabağ Bulut, referring to the case law of the ECtHR, stated that the criminal justice system is insufficient in protecting women's rights in our country and emphasized the importance of ensuring gender equality in sociological terms for legal reforms.

At the end of the program, a raffle was made from the box containing the names of the participants and a discount was given from the language courses in Istanbul. 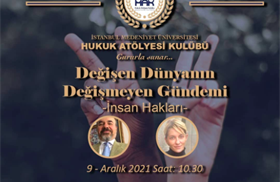 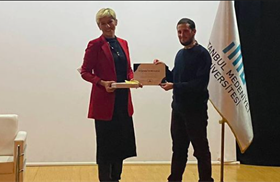 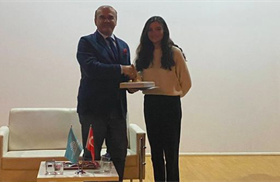 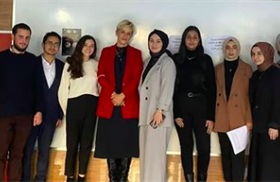 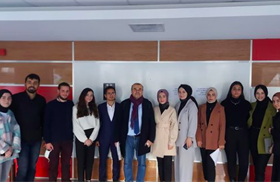