International Human Rights Youth Forum, organized by the Islamic Cooperation Youth Forum (ICYF) in cooperation with our university, was held on Tuesday, October 11, 2022, between  09.00-18.00 at the Aşık Paşa Conference Hall in South Campus.

ICYF President Att. Taha Ayhan gave information about the youth work carried out within the OIC. Then our rector, Prof. Gülfettin Çelik addressed the guests. In his speech, he emphasized the increasing importance of human rights and stated that the young population will play an important role in the fight against human rights problems and that our university is happy to host this conference.

Moderator of the second session, Prof. Berdal Aral, a member of the Department of International Relations at Faculty of Political Sciences, drew attention to the human rights problems in the Islamic World by his paper titled "Human Rights in a Regional and Global Context." In his evaluations based on the countries with the muslim majority population, he stated that the universal acceptance of the human rights values of the western world is not acceptable due to cultural differences, and that the Islamic world has failed to establish an effectively functioning human rights mechanism. He emphasized OIC work is important in designating an Islamic human rights mechanism embodying the basic human rights at the same time Islamic values. The last speaker of the same session, a member of International Relations Department of the Faculty of Political Sciences, Assist. Prof. Özlem Reşat Yücel, explained the concept of minority in the light of the Lausanne Peace Treaty with his statement titled “Minority Rights in the 1923 Lausanne Peace Treaty” and touched upon the problems faced regarding minority rights during the exchange of the population at that time.

In the 3rd session of the total 4 sessions of the forum, a member of the General Public Law Department Lect. PhD. Zeynep Ardıç, presented her paper titled “The Neglect of Economic, Social and Cultural Rights” in English. In her speech, she mentioned that although civil and political rights were prioritized in the field of human rights, social rights were ignored. Based on this idea she explained the arguments such as the cost of social rights and the uncertainty of the boundaries of obligations, which are excused for this situation.

In the last session, International Law Department member of the Faculty of Law, PhD. Miray Azaklı Köse, in her presentation titled "Assessment of the Policy of Pushing Back Refugees in the Context of Human Rights", explained how the asylum seekers trying to immigrate to Europe irregularly for refugee status were pushed back at sea by the teams assigned by FRONTEX, and this violated their right to access asylum. Ms. Azaklı Köse mentioned that push backs prevent the asylum seekers from accessing the asylum application which cause their absence in the eye of the target state. She also explained that these actions amount to collective expulsion by giving examples of ECtHR case-law.

The last speaker of the session, member of the International Law Department of Faculty of Law, Res. Asst. Merve İspirli Armağan, in her speech titled "Human Rights Obligations of Multinational Corporations in International Law", explained that although today, as non-state actors, multinational corporations are large structures that violate human rights but their legal responsibilities cannot be fulfilled in the light of the difficulties encountered under the umbrella of international law and national law. She stated that corporations are encouraged by the states to create their own internal mechanisms within the framework of the corporate social responsibility principle and that the states can be held responsible for the actions of these actors in line with their positive obligations.

The forum has ended after the presentation of the gifts 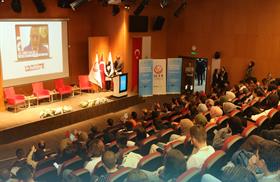 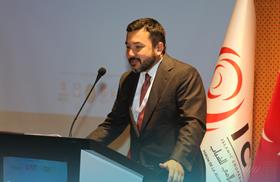 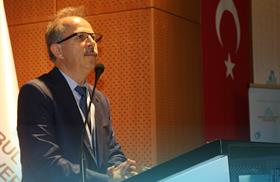 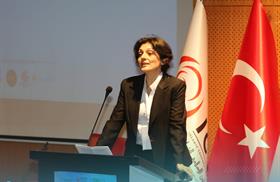 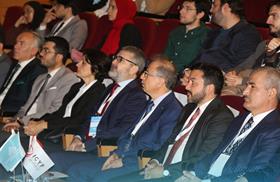 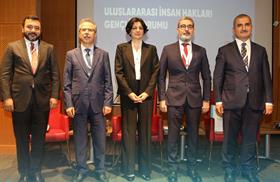 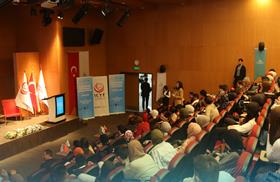 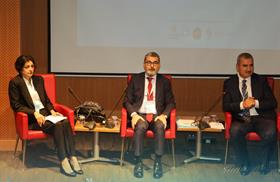 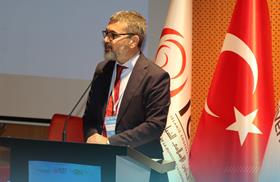 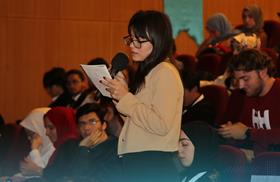 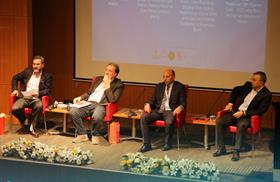 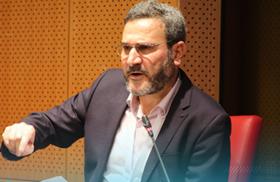 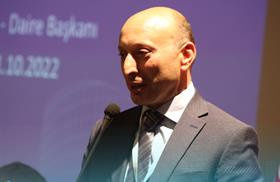 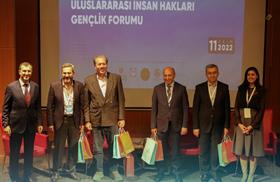 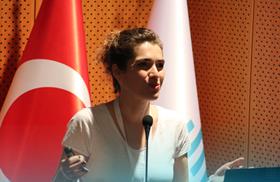 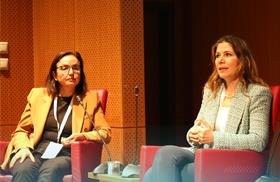 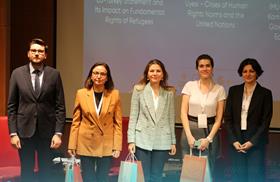 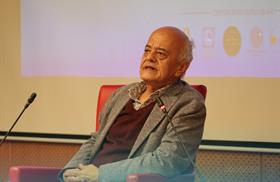 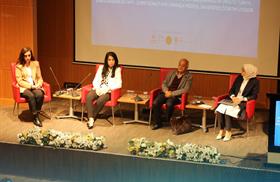 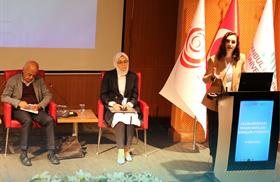 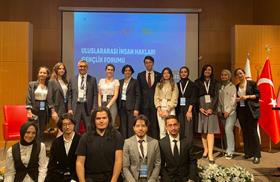